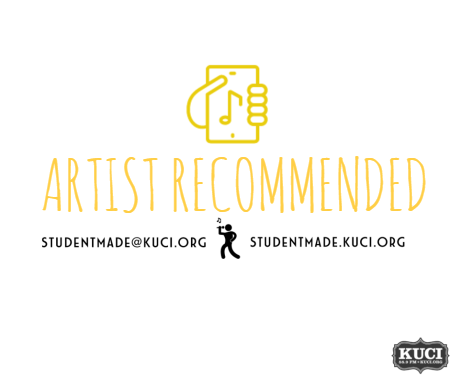 I asked the artists I have interviewed to recommend me 5 songs and explain why they recommend them. Here’s the recommendations of Darien Campo, The Bummers, Kyan Palmer, and Voluntary Madness. (Some artists’ interviews have not yet aired)

Beulah is probably my favorite band to come out of the Elephant Six Collective. They found a perfect blend of rock, pop and orchestra in their music and it’s always fun to listen to. “A Good Man is Easy to Kill” has an incredible use of string orchestra, and is a gorgeous tune.

As an Oregon musician, I’m all about supporting other Oregonian bands – and Adventure Galley is a great synth-rock band hailing from Portland. “Diane” is an incredibly catchy song, and is sure to make you get up and dance. To me, Adventure Galley is what the Arctic Monkeys would sound like if Alex Turner had grown up listening to synth-pop. If that’s appealing, then “Diane” is for you.

Snowmine is my favorite Indie band, period. “Saucer Eyes” is a great intro track to their ethereal, poppy sound. I’m only including this song on the list with the hopes that it inspires someone who delve further into their music. (Their first album, Laminate Pet Animal, is free on Bandcamp!)

Jonathan Coulton’s newest album, Solid State, is his best work yet. He’s gone from kind of geeky/novelty music, to this full-blown concept album/emotional masterpiece. “Brave” is fun, relatable, and it makes you want to dance.

Joel’s cover of Radiohead’s “Burn the Witch” is an exciting detour from the original. His voice is beautiful, and he has great control over his vocal delivery. This cover is sure to be enjoyed by Radiohead fans and haters alike.

Donovan Wolfington – Sadhead – How to Treat The Ones You Love – Original

These guys are really important to us, this album is one of The Bummers’ biggest influences for our newer songs.  They come up with some pretty inventive stuff on guitar in particular.  A couple of these same guys are also the ones who are engineering/mixing our upcoming album.  Anyway, when I first heard this album I was blown away, in the same way that I was blown away by Black Sabbath, The Stones, etc. the first time I heard them.

This is kind of cheating because two of the guys in D Wolf are also in Pope.  With Pope we get to hear Alejandro Skalany sing lead vocals and play guitar.  He’s a super-talented songwriter and he has such a nice voice – very deep and haunting.  This is some of their newest work – they have an album coming out really soon.

I love Haunted Haus.  A lot of their songs are a bit silly, but hey this is New Orleans – the whole city is pretty much haunted.  These guys are excellent live too.  I think we’re actually currently competing with them for studio time with the D Wolf guys.  But they’re all really cool.  Plus, funny coincidence, when The Bummers first formed we almost called ourselves “Haunted House” – I still think it’s a sick band name.

Hodera – First Ones At The Party – United By Birdcalls – Original

Hodera is fronted by Matt Smith, who I’ve known probably since I started playing guitar (like when I was 8?).  We used to do a ton of shows together when we were in high school – at that point he was playing as a solo acoustic act or with his acoustic project Cabin 49, and I was playing with NAH, which was my grunge/punk power trio.  I love that he went on to form this band and record this music.  First Ones at the Party is probably the best song on this album of great songs – very heartfelt, very pretty, definitely timeless. The Bummers actually just played a show with Hodera in March – they were on tour heading to SXSW so they stopped by New Orleans.  Unfortunately it was probably the absolute worst show we’ve ever played, where just everything possible went wrong, we wound up playing semi-acoustic with no drummer (as ours unexpectedly had to attend a funeral in another state), and only about 15 people showed up, with most of them choosing to smoke outside during Hodera’s set.  I don’t think they were very happy about that.  We usually do better, sorry Matt.

You have your choice here.  You can play the studio version from the YouTube video, or you can play the live version, which is listed as “Untitled #1” if you scroll down a bit.  I personally prefer the live version.  These are also guys I went to high school with.  Back then they were called Odd Man In, and they and NAH kind of had a friendly rivalry (they were always just a little bit better than us goddamit).  Montgomery wound up being their more serious project (Mongooch is kind of an abbreviation/nickname meant to make it easier to Google them).  They’re fronted by Nick Sagnella, who has really become such a talented funk/jazz musician.  When I go home to NJ I’ll always make an effort to catch them at least once.  I always think if these guys left NJ for New Orleans they’d be huge so fast, like every time I see them I just tell them to come on tour and come do a show with us here.  To me “Ask You Again” really has them hitting their stride and finding a very distinct sound for themselves that draws from Chili Peppers, Sublime, Beatles, etc. but also that jazz influence. They also have a ton of amazing music they did several years ago that they’ve taken down from streaming services, and I’m still pretty bummed about that.  Their first couple of EPs were excellent and had a couple of songs where Nick plays alto sax, which sounded really nice as well.

I mentioned in our interview that The Bummers’ original drummer Ethan May, who co-wrote music for Telescope, Bottle With A Rose, Everybody Knows, Giving Me A Reason, and one song from our upcoming album, left our band to start a jazz/jam-band/funk project.  This is it.  The name comes from Ethan’s catchphrase/favorite word “tweakin'”.

Dana: I’m recommending this song because it’s reminiscent of the good old days when I’d do music exchanges with friends by burning songs onto CDs. This was a song I got on one of those mixes and it just reminds me of how fun it was to share music like this.

The Menzingers – Mexican Guitars – On The Impossible Past – Original

Alex: This is one of my favorite songs. This song has had a huge influence on how I write songs lyrically. You feel how honest and personal the lyrics are, yet they never feel forced or melodramatic. This song really succeeds in telling a beautiful and melancholic story. I also really like its atypical structure. There’s no chorus in this song, no refrain or repeated versus really either. It’s just sort of goes from one theme to the next, musically developing along with the story. Definitely one of my favorite songs from my favorite band.

Nathan: I’m a big fan of creative use of metaphors in lyric writing.   Unless you take the time to listen, understand, and interpret, you’re basically spewing nonsense every time you sing along.

Nathan: It’s a good reminder that no matter what kind of music you like to make you don’t need to constrain yourself to one specific sound.

Alex: I’ve been a fan of Wallpaper. for a few years now, and watching Ricky Reed shoot to stardom as a producer has been a big inspiration of mine. Going from his band Wallpaper. on to producing for big names like Jason Derulo, Twenty One Pilots, K. Flay, and now even Kesha has really inspired me to keep moving forward as a producer.

Alex: this is a scrappy, upbeat song that we all really enjoy. Again, the brutally honest lyrics really makes this song stand out. Despite it’s incredibly sad lyrics, this song is always a ton of fun to listen to. It sounds like when recording this song it was almost just “thrown” together, yet it somehow just works. I know I for one was definitely thinking of this song during the production of our song PBR And Pressure’s On (Narrow Victories).

This is a text widget, which allows you to add text or HTML to your sidebar. You can use them to display text, links, images, HTML, or a combination of these. Edit them in the Widget section of the Customizer.